Milan is a relatively small city with an efficient and extensive public transport system. What’s more, if you stay in the city centre you will be able to walk to most of the city’s attractions by foot. Nevertheless, it is always useful to read about Milan’s taxis as you might want to take one during your stay in Milan.

Contrary to most cities in Europe, taxis in Milan rarely stop when someone hails them in the street. To catch a cab, you will need to walk to the nearest taxi stop or, otherwise call to book one in advance.

Taxis in Milan are relatively expensive, although they aren’t as expensive as in Florence, Amsterdam or London. These are the official tariffs:

If the car is driving faster than 50 km/h for over 60 seconds, the price per kilometre becomes € 1.70, so be careful if you decide to take a taxi to Linate or Bergamo Airport. If you are flying from Malpensa Airport, you shouldn’t have any problem because there is a fixed rate from the city centre.

If you book a taxi by phone, note that you will be charged as soon as they receive the call, meaning that the taxi could cost you double of what it would normally cost you, depending on how long the taxi takes to get to your location.

Taking into account the minimum fares and the tariffs per kilometre, it is practically impossible for a taxi to cost you less than € 6. On a positive note, since Milan is relatively small you can get from one side of the city to the other for about € 10. 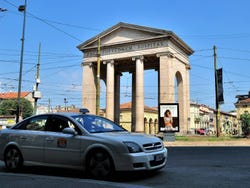 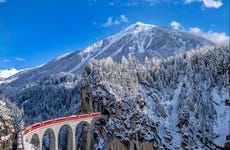