Bergamo is a beautiful walled city located 37 miles (60 km) from Milan. Its short distance from the capital of Lombardy makes it the ideal one day. You can even make the most of your Ryanair flight to this city, to explore it before heading to Milan. The upper town is a maze of narrow alleyways packed with charming stores.

Things to do in Bergamo

Bergamo is divided into two parts; the Upper Town (Città Alta), which is surrounded by Venetian walls, is magnificently preserved with pretty stoned streets and magnificent medieval buildings. The Lower Town (Città Bassa) is the modern part of Bergamo and is less interesting for visitors. The two parts of town are connected by a funicular railway.

The charming alleyways in the medieval part of town house several treasures. The following are not to be missed:

There are three ways of getting to Bergamo from Milan:

The easiest and fastest way of travelling to Bergamo is by car. By hiring a car, you will be able to visit Bergamo and other close destinations like Lake Iseo.

If you land in Bergamo Airport – Orio al Serio why not visit Bergamo before heading to Milan? Or else, on your way back.

You can hire a car on the following page:

You can book the train tickets online at the following website: 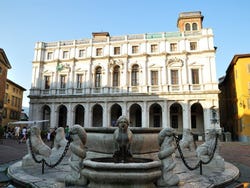 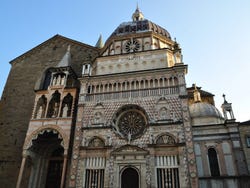 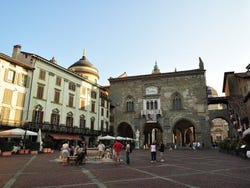 Lake Iseo How to get to Milan