The quadrilatero della moda (fashion quadrilateral) is formed by Milan's most elegant shopping streets. This part of the city is packed with high-end boutiques and brands like Prada, Gucci, Moschino, Versace and Bulgari.

The most renowned high-end streets in Milan are Via Montenapoleone and Via della Spiga. Between these two streets are other shopping streets that make up the famous quadrilateral, although none are as prestigious as the two previously mentioned.

All the stores in the fashion quadrilateral are high-end brands, so if you are visiting Milan on a budget, do not expect to find any low-cost shops in this area. Nevertheless, we recommend visiting the area to observe the window displays and the people walking by.

This glass-covered shopping arcade houses some of the most prestigious shops in Milan. You can find more information about these galleries on the following link: Galleria Vittorio Emanuele II.

If you would like to do some shopping in Milan, the city’s most popular fashion stores are in the following streets:

There are very few department stores in Milan. That said, the Rinascente, which is a department store with luxury brands and expensive goods is in the Piazza del Duomo. The advantage is that it opens every day of the week, and the top floor plays host to a number of enticing restaurants and terraces.

If you would like to check out Milan’s opening times, click on the following article: Opening times in Milan. 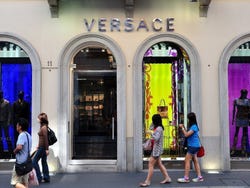 Via Montenapoleone, the best shopping street 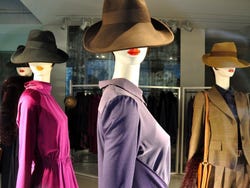